The very atmosphere at the House of Writers was the major inspiration and determinant of the concept and visual fabric of the exhibition. I was overwhelmed by irrational feeling of death which saturated every move i took. It was a strange haunting experience. The atmosphere was transporting me to a reticent play gradually disclosing something about death. My own intuition terrified me. I decided to place a white dress of an angel which was meant to be a protector of the space in the main hall ... I installed the sculpture of "white Lena" my beloved daughter in open space in the garden of the house of writers where it stood unprotected as if surrounded by wild animals and intangible perils... however I believed that positive impulses in me would prevail. Later I found out that the celebrated Georgian poet Paolo Iashvili committed a suicide in the main hall of the building. So death penetrated the whole space. Now I could explain my irrational confused sensations. Everything we see hear or feel communicates to us fascinating narratives about reality. I covered the floor with mirrors which reflected the exhibits. I was peering into the hypnotic depth of mirrors asking question to myself- which of the exhibits were more tangible real- physical ones or those reflected replicated in the mirror layer... maybe both. 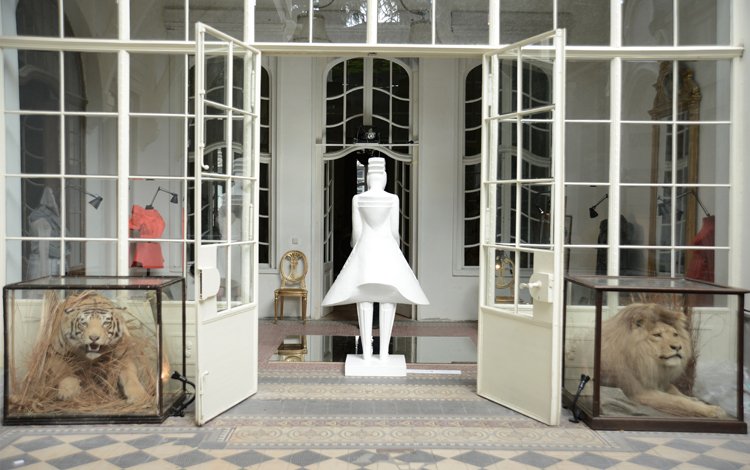